L'Ecritoire, one of the oldest stationery store in Paris? 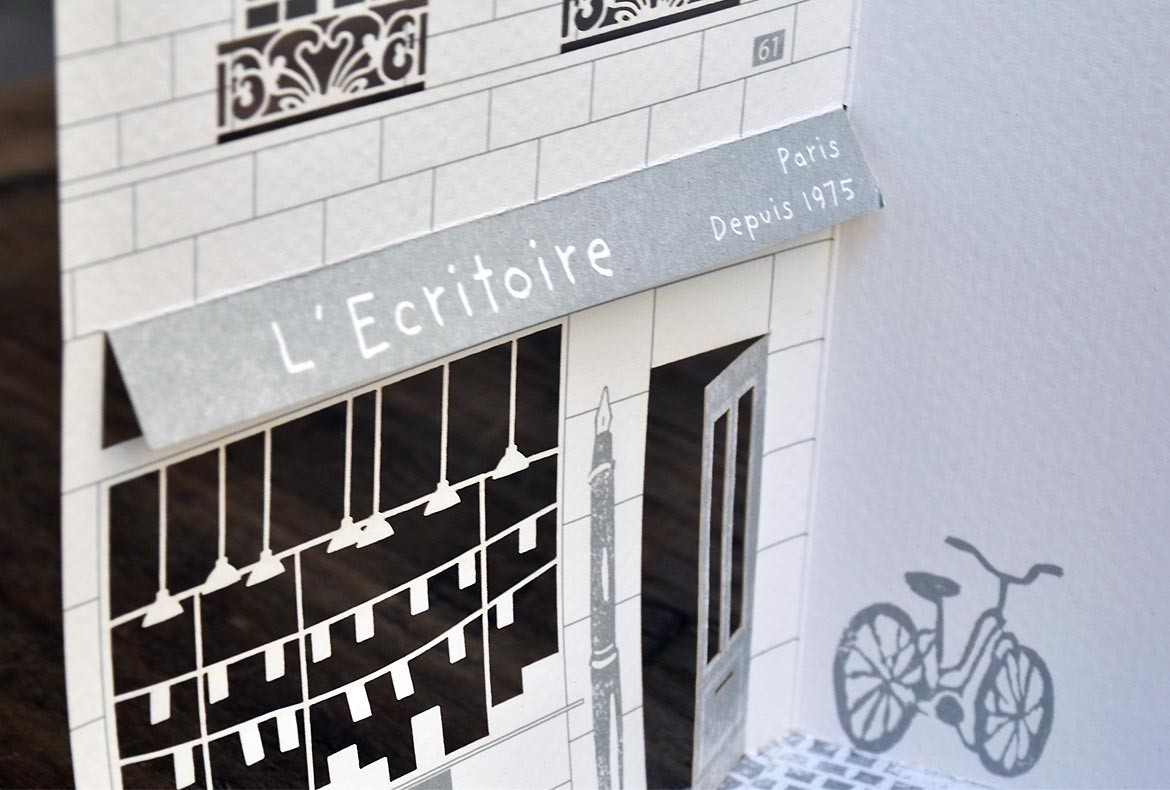 It was in 1975 that L'Ecritoire opened at 61 Rue Saint Martin, in the popular district of Les Halles de Paris, opposite the Saint Merri church, in a former café-hotel called "for its ladies" at the turn of the century latest.

L'Ecritoire then resumed the sale of old lots resulting from the activity of the Grand Father and Patriarch André Tardy, a long-standing “official” manufacturer and supplier - the Tardy Establishments already existed in 1881 - of inkwells and school buckets from administrations and public schools.

The very old rue Saint Martin, now paved and pedestrianized, was still in the 1970s a way open to the traffic of cars, trucks and buses!

Little by little, the trestles and wooden planks at the opening of the store transformed into beautiful oak shelves filled with quills, pen holders, colored inks, notebooks, pens, seals and sealing waxes ...

Since the 1980s, L’Ecritoire has created all kinds of notebooks, cards, calendars, posters, pencil cases, pens and pen holders, not to mention of course its famous "crazy envelopes that made letterboxes vibrate!" Which were sold at Bon Marché in Paris but also all over the world and as far as Japan and the United States.

In this year 2020, L'Ecritoire and all its team - Sophie, Marie and Valentine, the great granddaughter of Grand Père Tardy who has just joined the family business - are delighted to celebrate the store's 45th anniversary with this new card. of rue Saint Martin that we love so much.